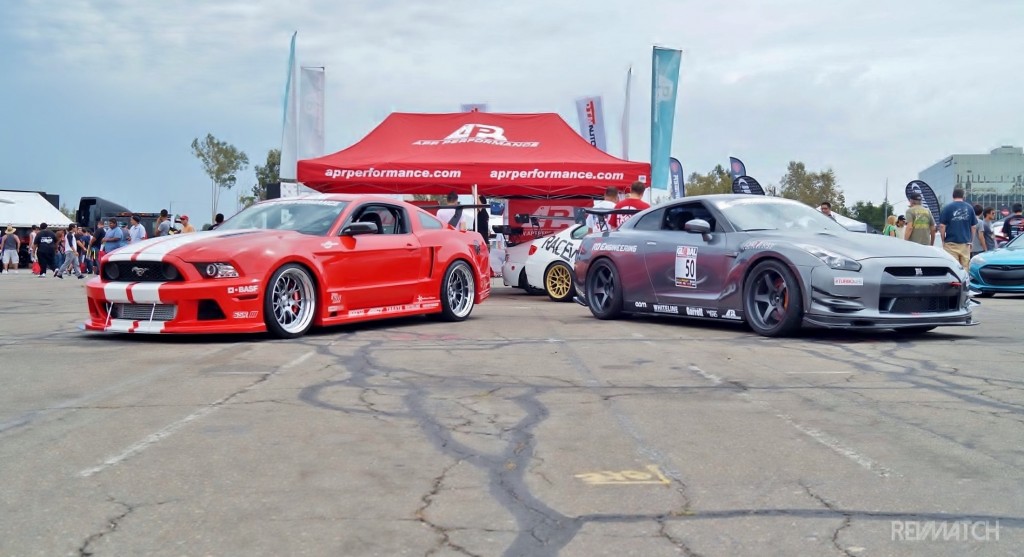 The second annual Auto Enthusiast Day presented by Nitto Tires saw everyone from the automotive world come out to celebrate all things cars. Gathering in the parking lot of Angel Stadium in Anaheim California, there was more eye candy there then one could hope for. Virtually every aspect of car culture was represented, which is why we wanted to head down and check it out for ourselves. 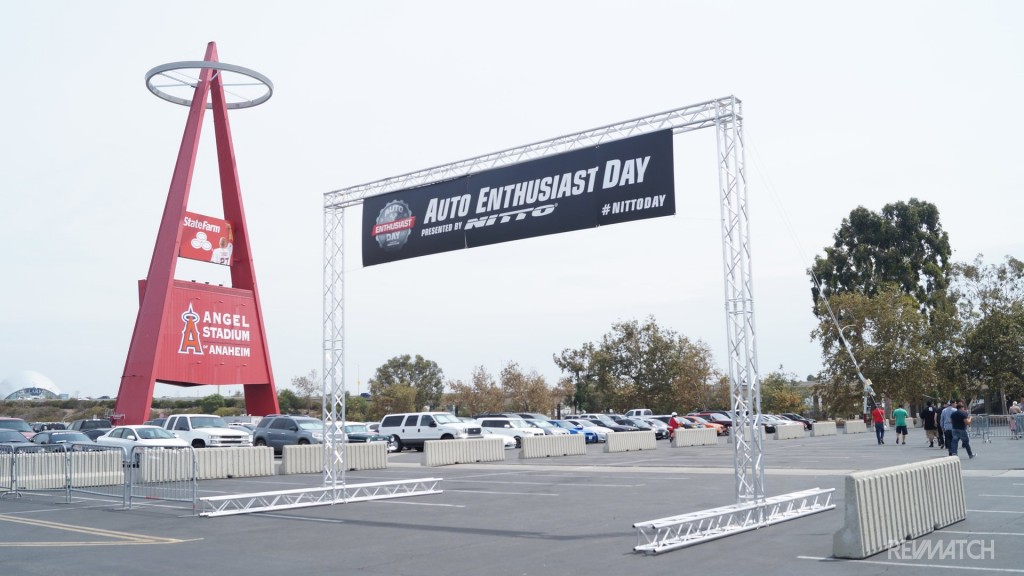 The day started out a bit overcast and muggy, but that didn’t seem to deter anyone from enjoying the sights and sounds of the day. Although it seemed to have very little promotion behind it, we have to applaud Nitto Tires for such an amazing turnout. 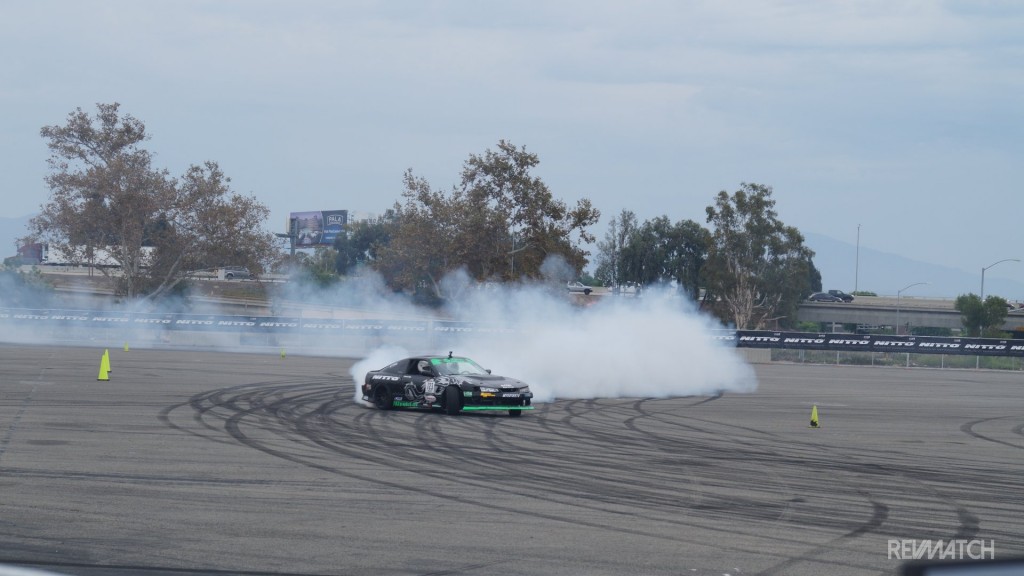 The spotlight of the show was the continuous drifting demonstrations going on throughout the day.   Nitto brought out their best drivers to entertain us. Vaughn Gittin Jr, Chelsea DeNofa, Odi Backchis and Matt Powers all received big cheers as they oversteered their way around the parking lot. 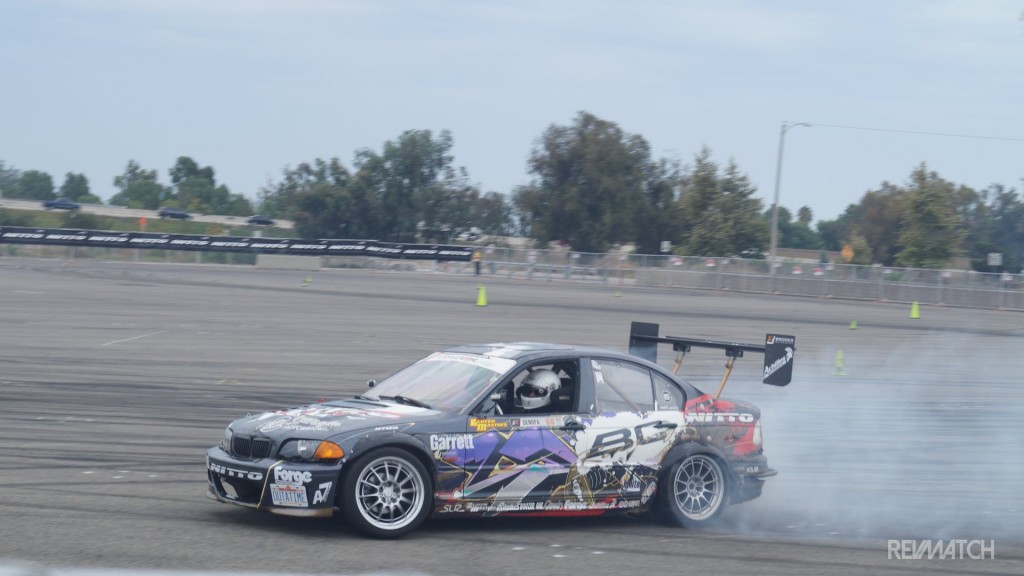 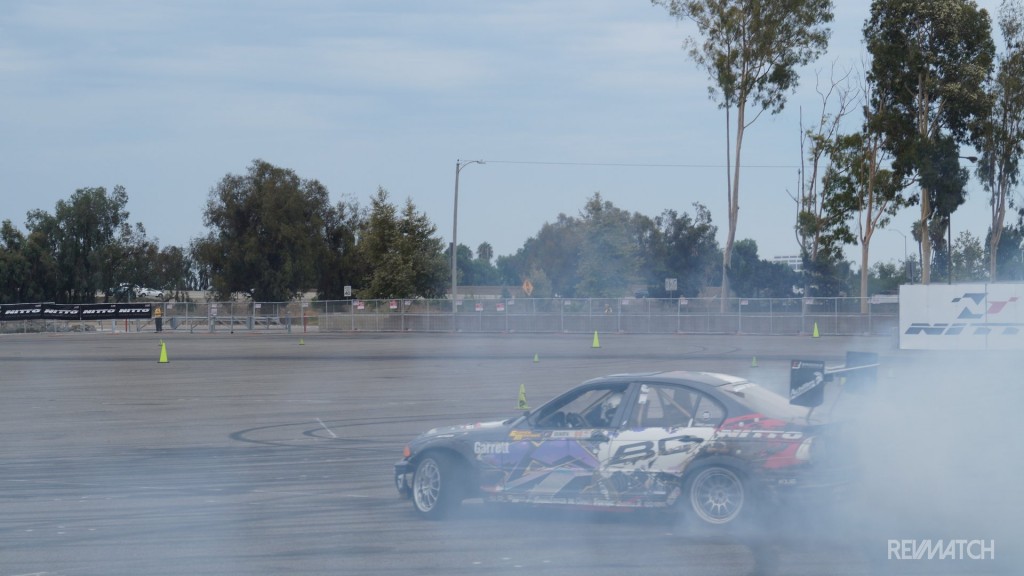 Chelsea DeNofa gave us a great show in his E46 BMW powered by a turbocharged S52 3.0L straight 6 making over 700HP, covering the crowd in a cloud of white smoke and chunks of tire. 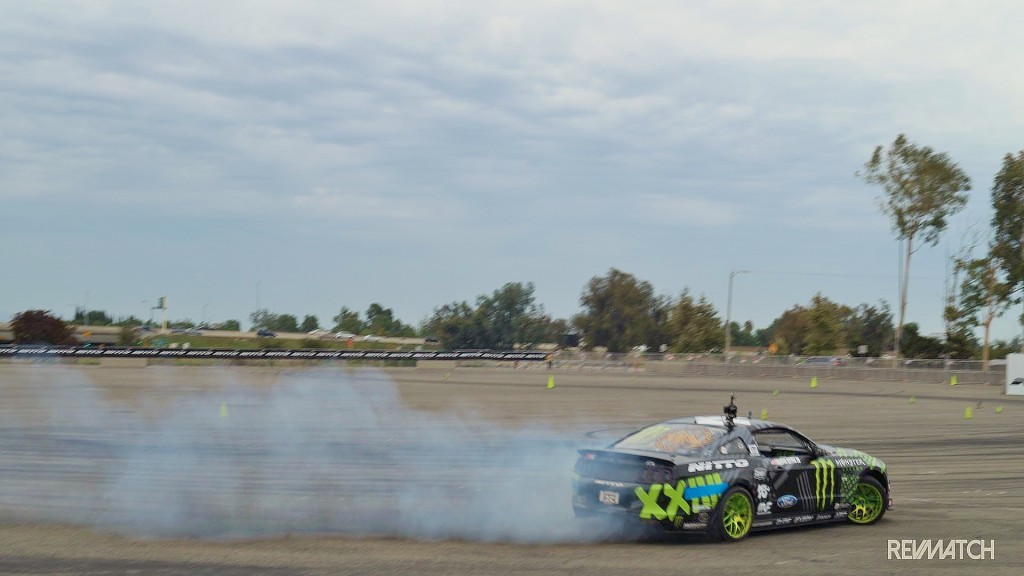 Vaughn Gittin Jr. showed us why everyone is crazy for him and his Monster Energy Nitto Tire Ford Mustang RTR, and why he was awarded ‘Driver of the Decade’ by Formula Drift. 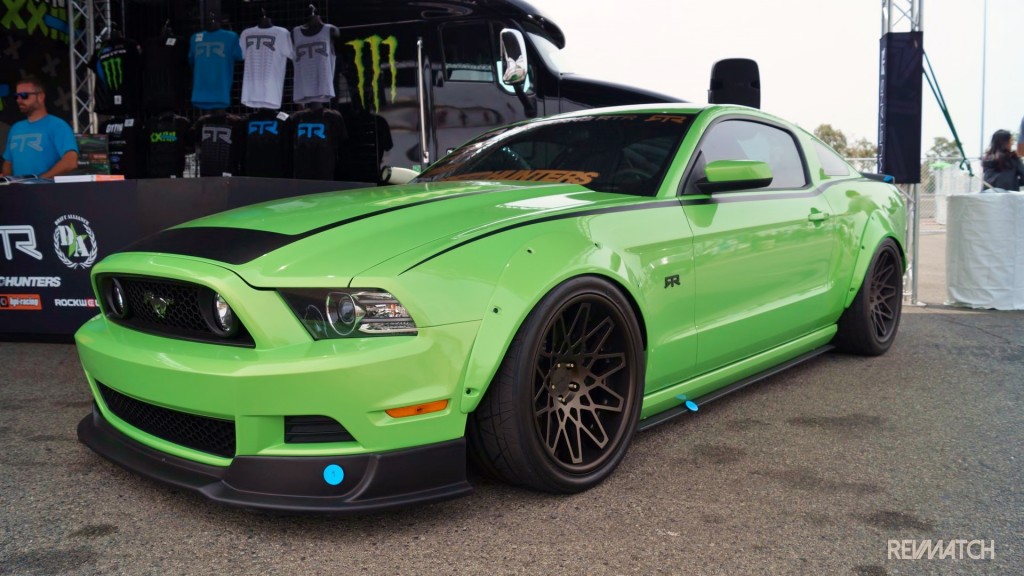 Vaughn has also been busy with other ventures, launching the RTR brand in 2010 available as a dealer installed package on the Ford Mustang GT at select dealers. 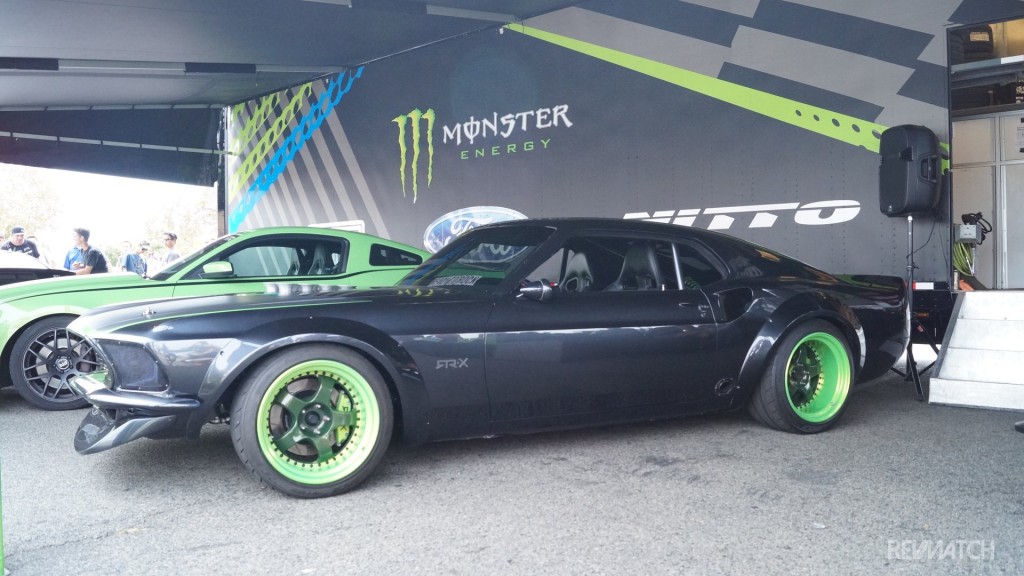 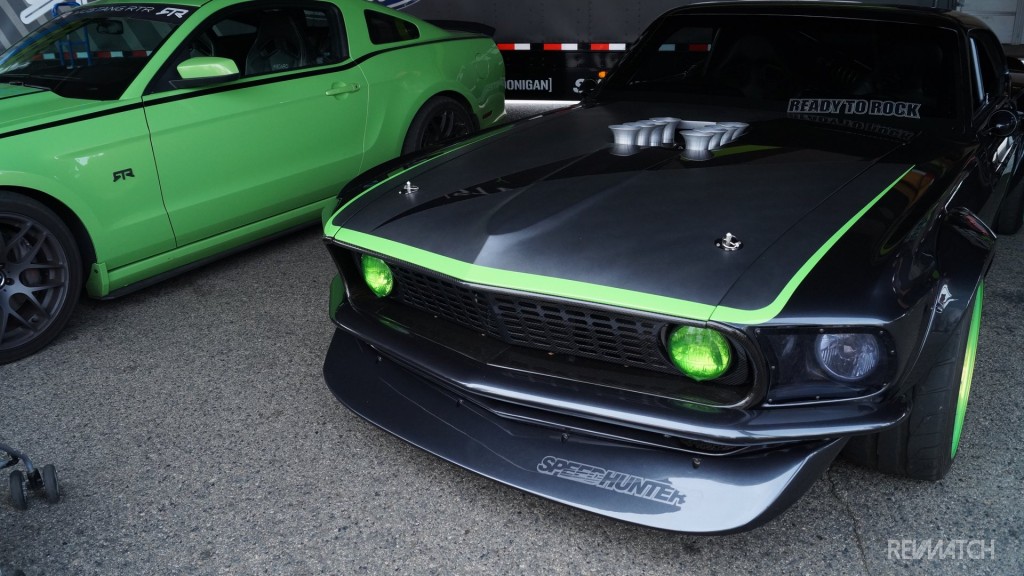 RTR also developed the Ford Mustang RTR-X, a custom built 1969 Mustang fastback, with a Ford 6.0L V8 and Kinsler individual throttle bodies sticking up out of the hood. This thing looks mean and aggressive and was made to hurl you around the track… sideways. 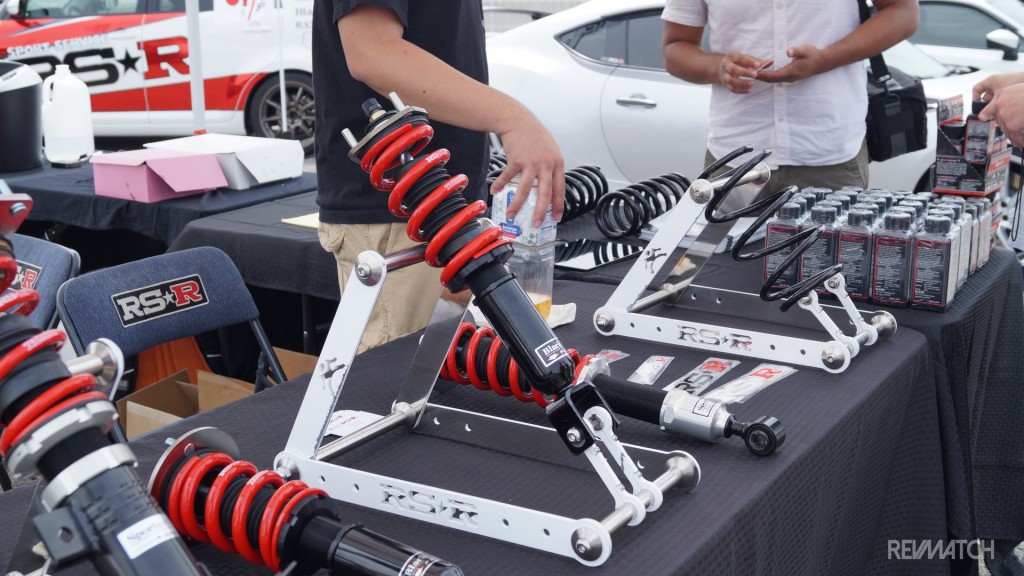 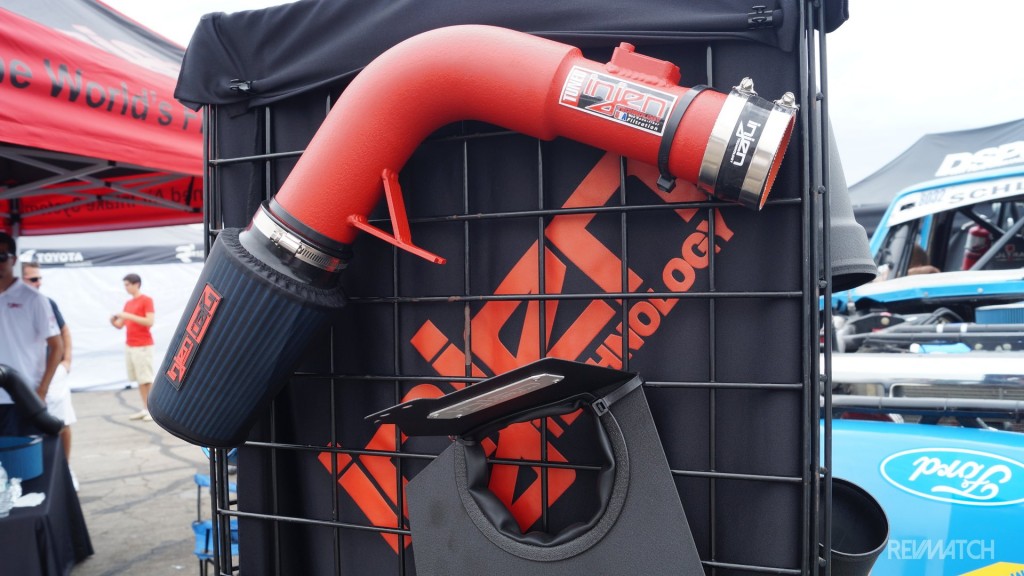 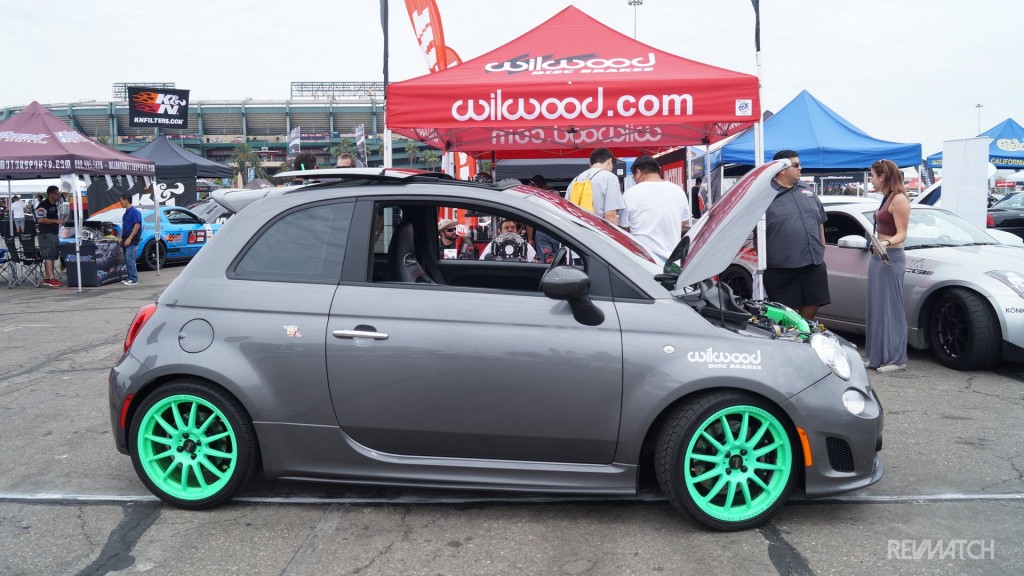 The show also featured a huge vendor midway with all the latest and greatest products on display, as well as more great cars. 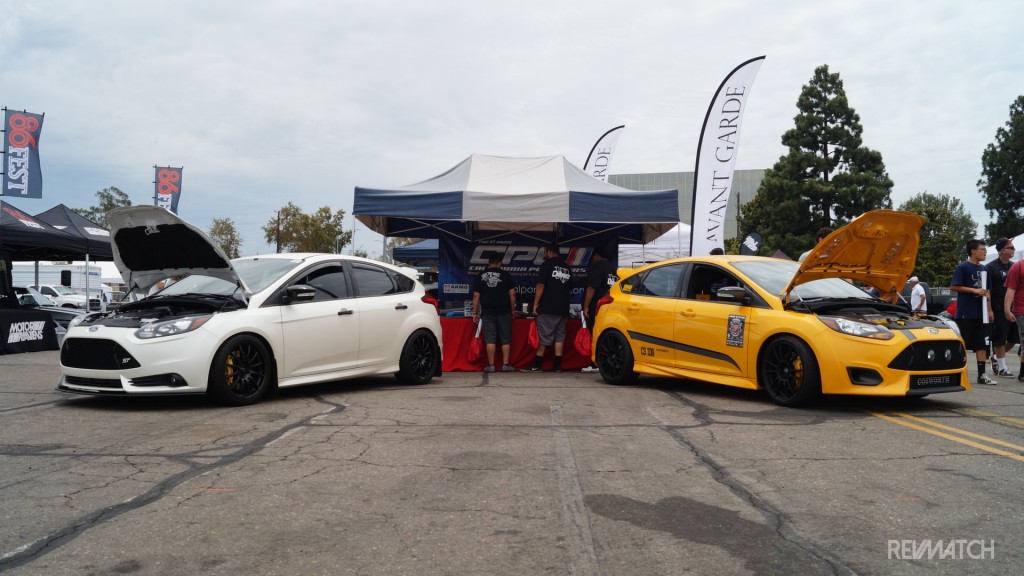 One market that enthusiasts really seem to be flocking to is the Ford ST’s. And why wouldn’t they? Good performance and good looks makes for a great platform. 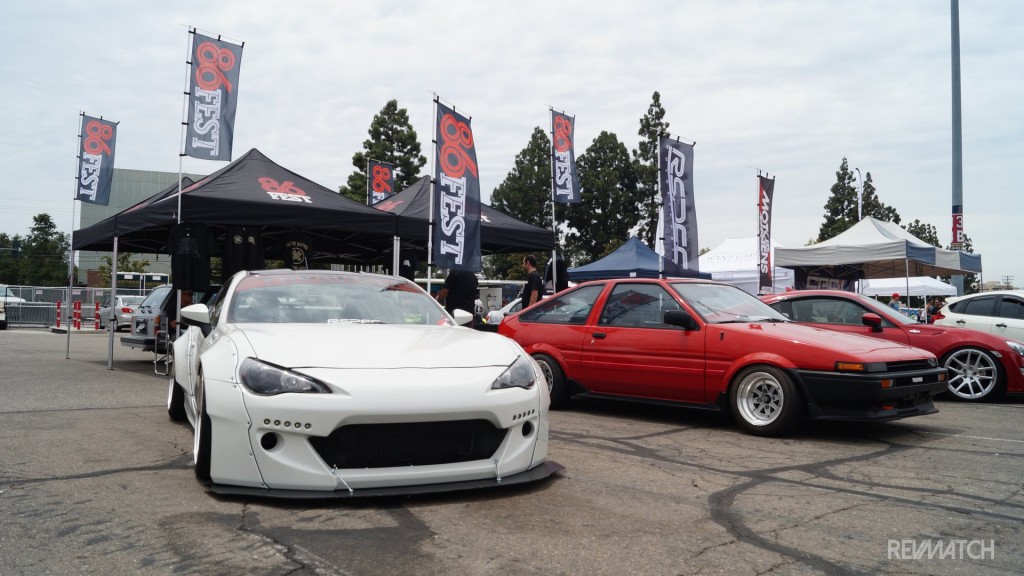 Old and new together, the original AE86 and the new GT86 posing together. 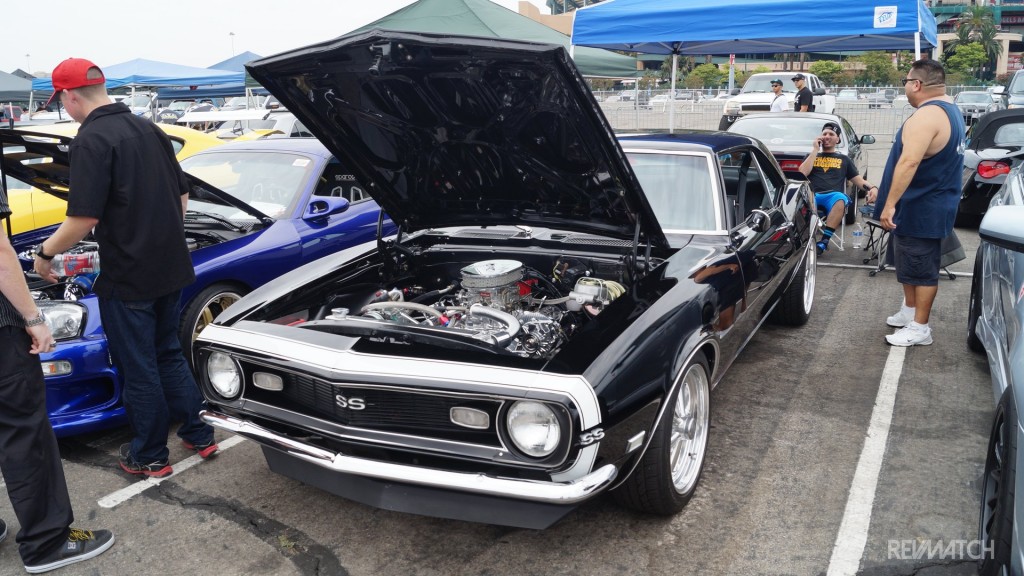 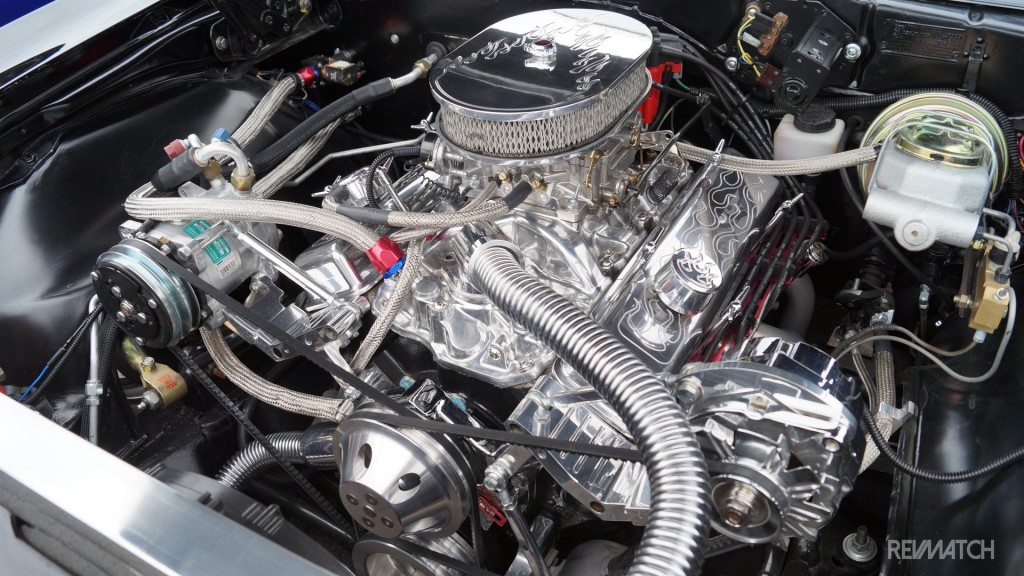 This classic 1968 Camaro SS really stood out with all those shiny bits under the hood. 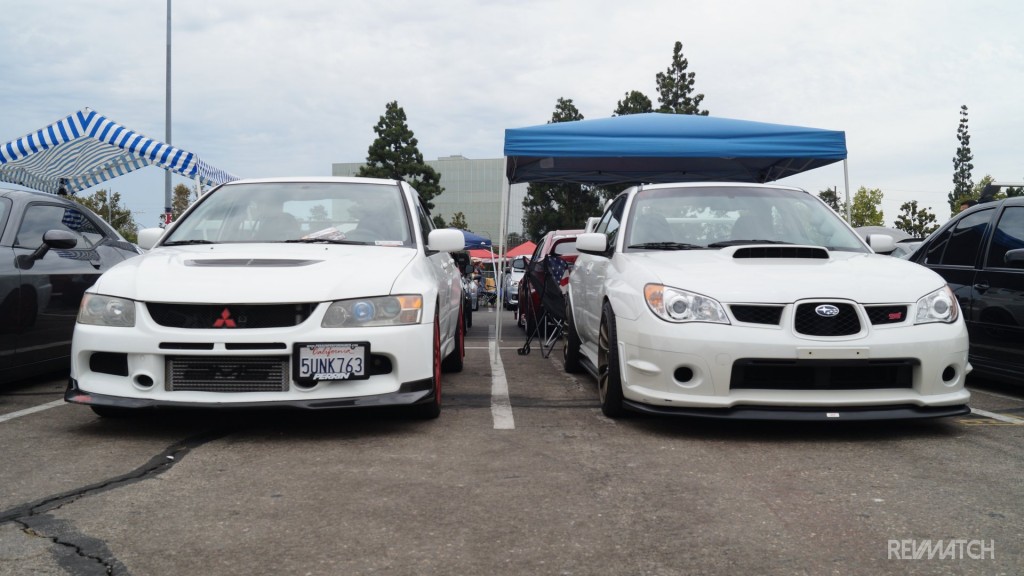 The day even managed to bring enemies together. 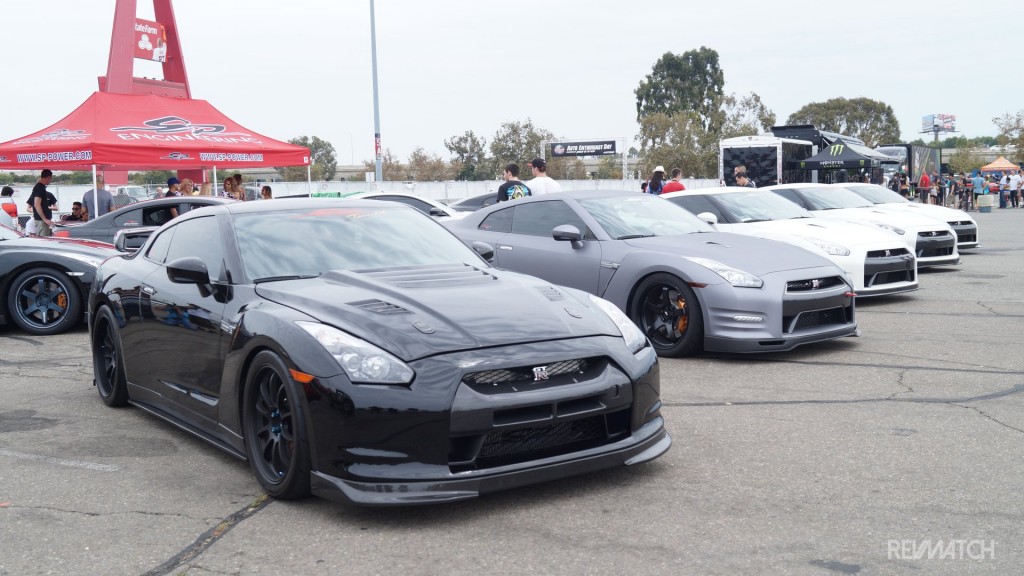 There were also GT-R’s aplenty on display, and although some may say they are not be visually appealing as their Italian or German counterparts, there’s no denying the fact that it is one of the ultimate performance vehicles out there today. 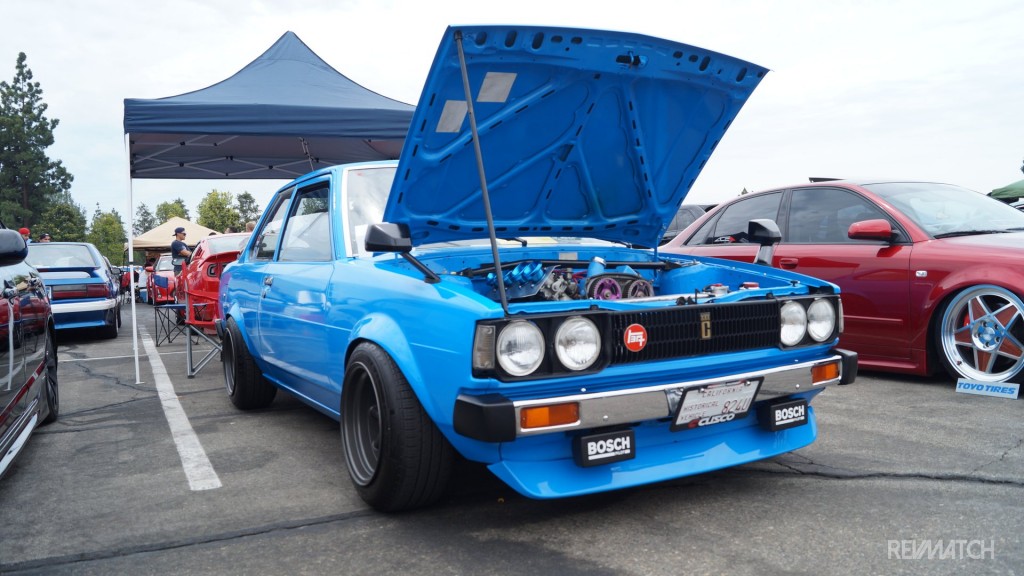 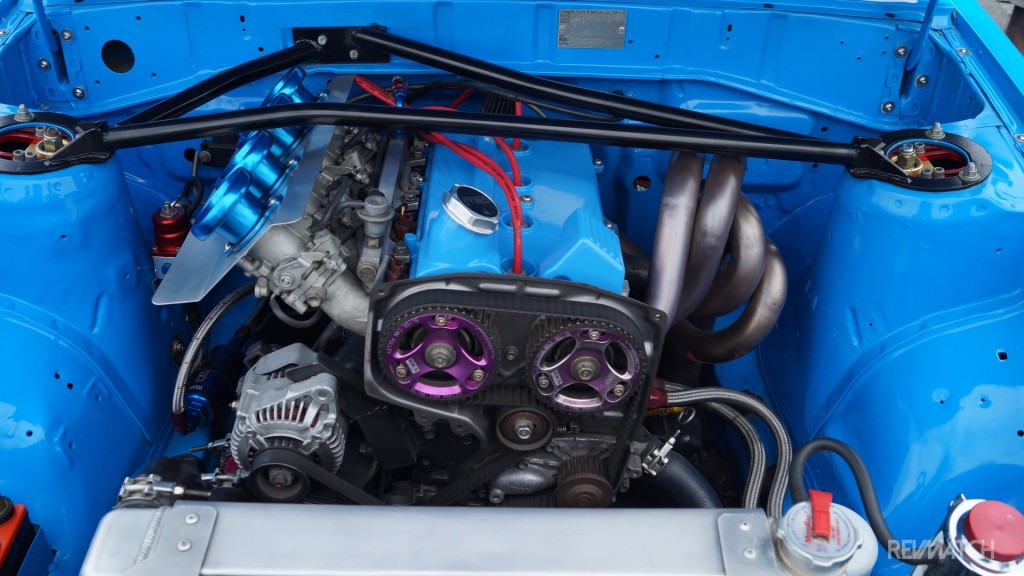 This very nice classic KE70 Corolla also caught our eye. Someone put a lot of time and care into this and that’s something we really appreciate. 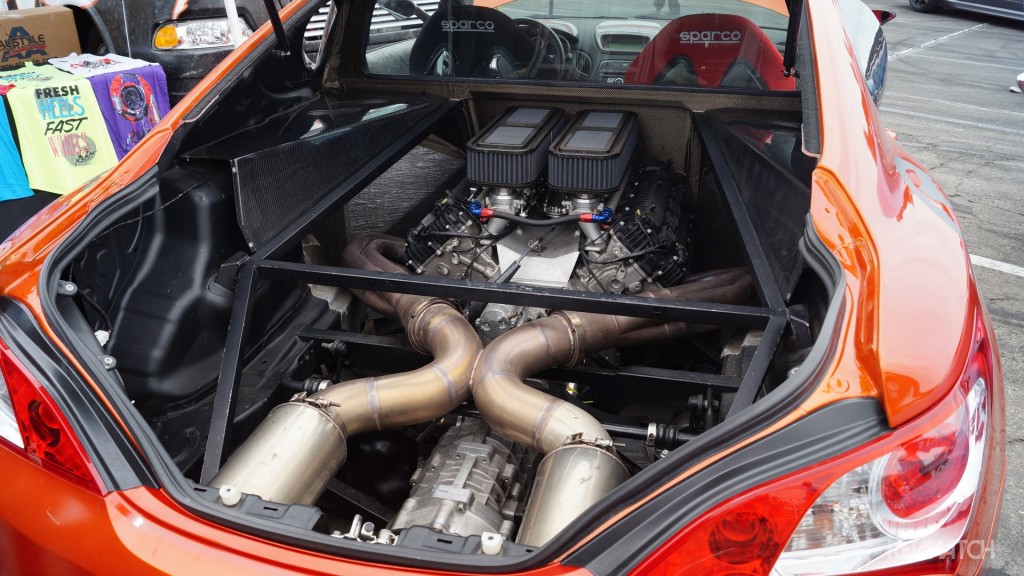 As did this Rhys Millen Racing RM460. This custom built mid-engine Hyundai genesis coupe built for SEMA in 2009 had an insane amount of fabrication to become functional and the end result is simply stunning. 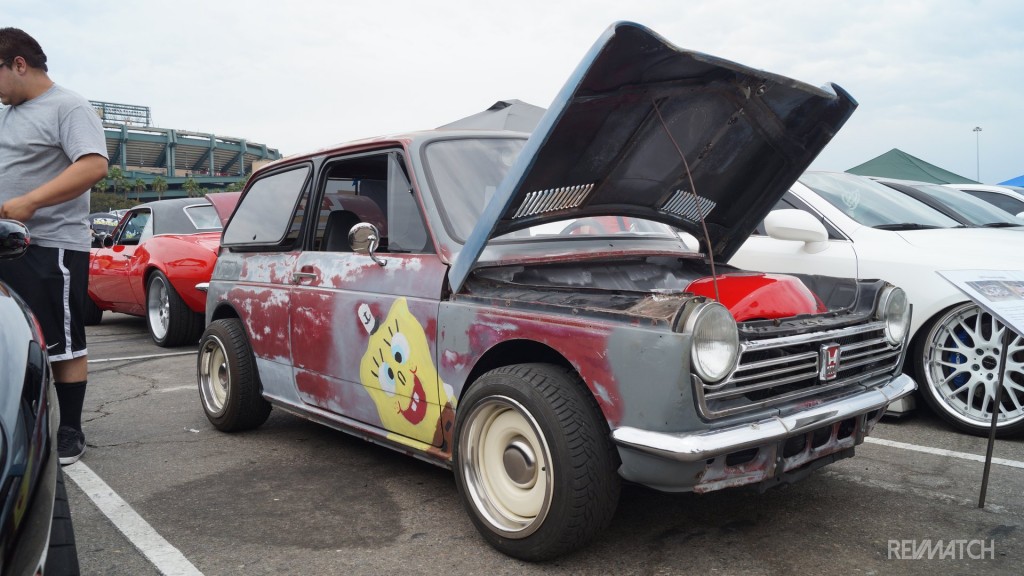 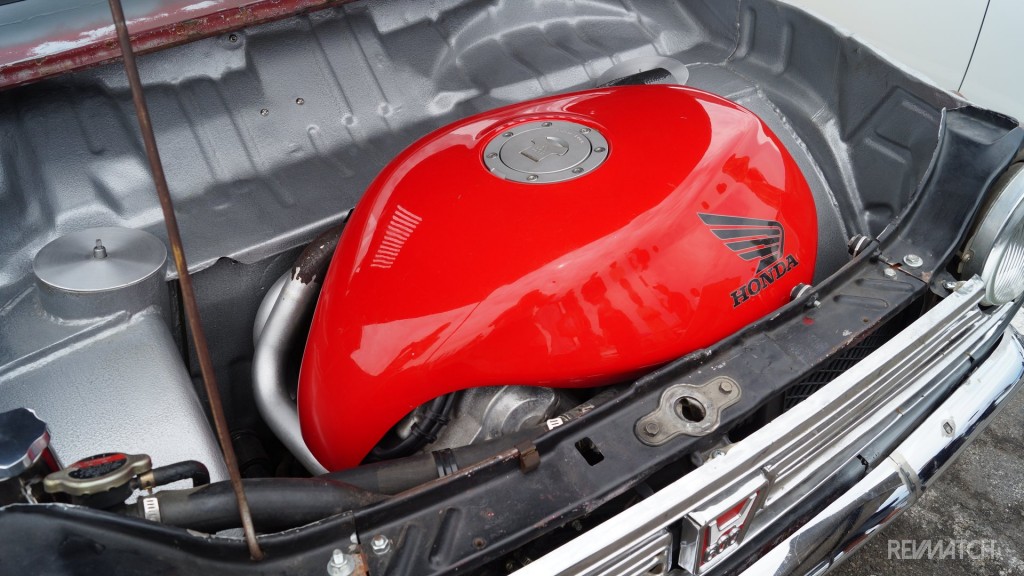 SpongeBob also made an appearance, painted on the side of this 1972 N600 converted to rear wheel drive and transplanted with a the engine from a VFR800 Interceptor motorcycle. 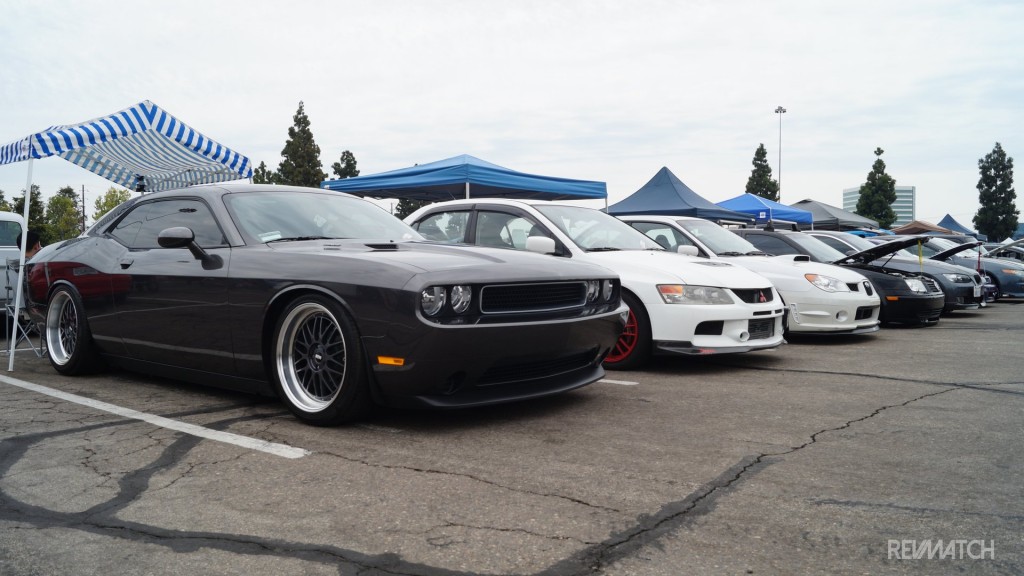 All said and done it was a great show with almost too much to see. Thank you to Nitto Tires for providing a chance for the entire automotive community to come out and get together to celebrate the things they are passionate about.